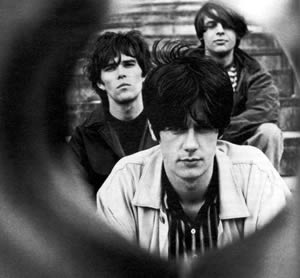 Why was this? Partly, the Stone Roses are wary of journalists who think too much, analyzing pop’s meaning until they weasel it to nothing. â€œNot that we haven’t met a journalist we haven’t liked, we just can’t help meeting nice people,â€ they insist, disingenuous to a fault.

There’s also the fact that in past interviews they’ve met, â€œJournalists in the South who expect Northerners to be dumb. When they find out you’re not, they say you’re sarcastic and obnoxious.â€

â€œThey are and they aren’t, but no more than anybody else is, and that’s not all that they are.â€